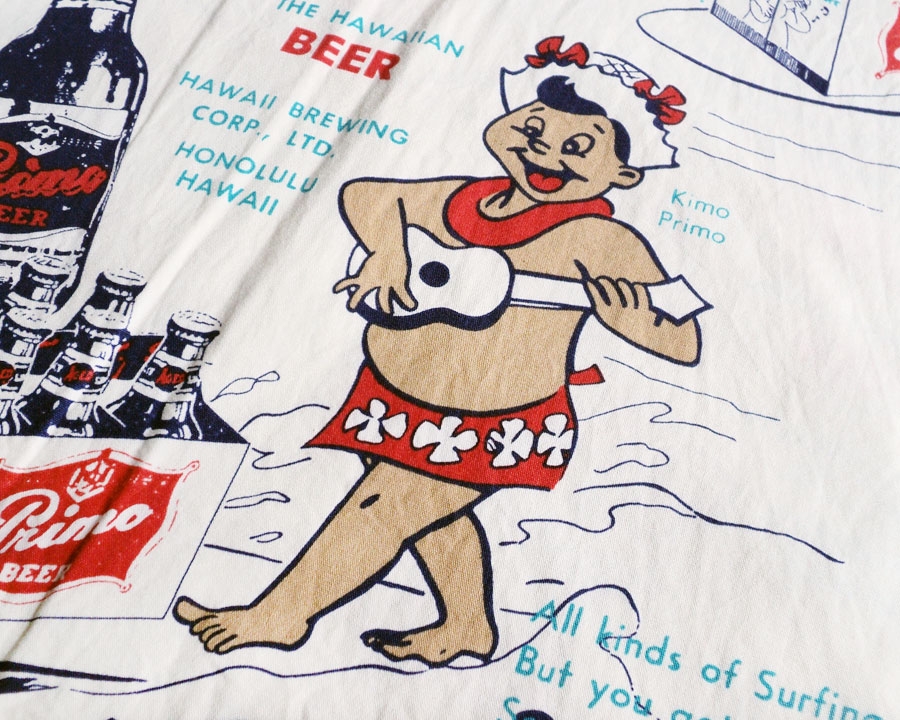 There’s nothing quite like a seemingly endless summer day at the beach, capped off by a cold, frosty draft beer at the bar. And there’s no beer quite like Hawai’i’s Primo Beer. With the name Primo, it has to be the best. And it is.

Honolulu, Hawai’i’s Primo Beer was first brewed in 1897 by the Honolulu Brewing & Malting Company. While the company no longer remains, the beer forever retains its status as “Hawai’i’s original beer.” Today, the draft beer poured here on the Islands is brewed by the Keoki Brewing Company in Lihue, Kaua’i and includes 5% cane sugar grown on Maui, which gives the exceptionally refreshing brew its distinctively Hawaiian flavor.

Here are a couple of interesting facts about Primo Beer: The first aluminum beer can in the United States was from Hawai’i. The beer? Primo! The year was 1958. And like many beverage brands of the late-1800s and early-1900s, Primo also once marketed itself as a “healthful beverage,” promoting the beer as “conducive to continued good health.” 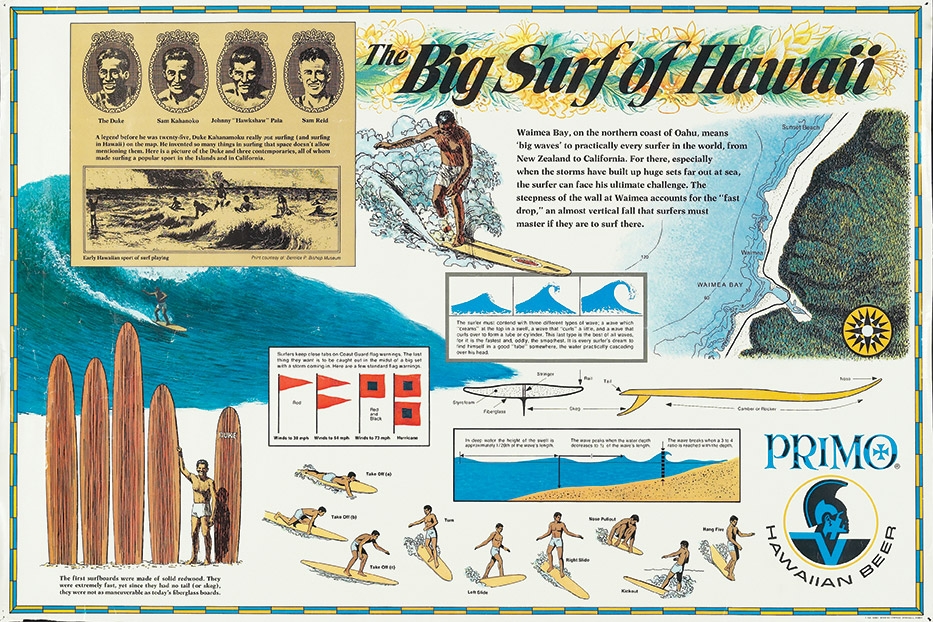 Visit any bar in America, and it’s immediately apparent that our passion for beers has never been stronger. And while there are many breweries on the Islands, there’s still only one Primo Beer. Like canoeing, surfing and hula, it’s become part of the fabric of Hawai’i, especially among surfers and watermen and women. That’s why portions of sales made here on the Islands go to preserving Hawaiian culture, including the Outrigger Duke Kahanamoku Foundation, which helps to support young men and women in Hawai’i who serve as living examples of Duke’s passion for education, athleticism and the aloha spirit. Primo’s also a sponsor of the Surfrider Foundation.

There was a time when Primo was known as “the beer that made Milwaukee jealous.” Today, while the island lager’s headquarters is in Los Angeles, Primo Beer’s heart and soul is in Hawai’i.

Constructed of 100% ringspun cotton, Malibu Shirts is proud to offer four men’s vintage Primo Beer t-shirts, as well as a Primo Beer hat, featuring the iconic silhouette of Hawai’i’s King Kamehameha. Like Primo, they never go out of style. Cheers, or as we say here, okole maluna!